At the presentation of Julieta Di Corleto’s book “Malas madres” (Bad Mothers), Liliana Cabrera read a text she wrote about this book in the Communication Workshop “Tinta Revuelta”, organized by YoNoFui,

To resolve in an emergency when the state, your relationships  and society itself do not allow you to fail or solve by legal means what eats away at your bones. Perfection is still sought behind bars: no matter what we fail in, always and in any circumstance, we must be good mothers, even if we are inside a prison.

What is it that is really sentenced when you are convicted for being a “infanto”*? That the drive of life is born to produce death? That you are not a mother caratulated as a desideratum and you act accordingly, consciously or unconsciously, even better to be able to escape from the sure sentence?

Inside, in prison, maternity serves as a shield, as if it were the design that liberates you and exculpates you from all crimes.

The “fatal mothers”: those women who perceive themselves as good mothers in any prison and who think they are superior to any companion, when they tell us how they become lionesses to defend “Jenny”, “Kevin” or “Brayan”, “I kill and die”, they say. Those “brave mothers” are the greens that eat saints and shit demons, that without thinking about it enter in action to spread in horizontal the cruelty that the prison guards brings down in vertical.

Inside the prison, they become the accusing finger that disfigures faces with a gilette, in that consignment that throws boiled water to try to clean what they consider a stain on the heart, the blood on the hands of the infanticides. They want to erase everything that makes us feel uncomfortable because it goes against nature, the sinister way of solving things.

What is sinister? Freud says that it is that which gives us repulsion and attracts us at the same time, because we don’t understand it at all, and in that retracement we observe it and begin to shell it. This is how we can come to the conclusion that “this” is also part of resolving things in another way, trying to get out of the mess that society puts you into with its stereotypes, with the impossibility of abortion, with the dogmas of the Church and good customs.

Women of all kinds abort, pregnant women of all kinds have committed infanticide. Those who are discovered, those who are finally punished, are those who did not have the resources or the lucidity to hide the body. Then we can think again that everything becomes a question of labels. Years before the modification of the law to be able to have the attenuant of Infanticide (a minor penalty) it was necessary to be pathologized or to be considered the disgrace of a whole family staining its “honor”. The label “poor wretch” was necessary to get out of the sentence. The only way you are allowed to commit the offense.

Inside the prison, while we live together, to separate ourselves from those women who are seen as otherness, we put on the label of “defenders of life”, as if it were a shield that is super comfortable for us, we use it to defend ourselves from a context that accuses us of violating the law, we mount a staging that overestimates maternity and turns it into a life project, a sign that inside and outside the walls, for ourselves and others, is very well accepted. Thus we try to get rid of being catalogued as the rotten apple, the anomalous, the “not white” that according to the rest of society is the only thing that inhabits the prisons, governed by a Penitentiary Service that throws those women onto the court,  accusing them of child murderer, telling details of their case and their file to a whole common pavilion so that the rumors cross like a trail of gunpowder the corridors of the prison, in a circuit of cruelty where they will be welcomed to receive the penance that will force them to expiate the crime that there is not accepted. Hell always has one more step.

While a whole feminist movement we wash our hands, not connecting the factors, the probabilities and the circumstances that lead you to sever, to remove that strange body that insist on calling it “your son”.

*Infanto: With that word the others prisoners call to the women acused  of murdering their children (aggravated homicide by association). Behind that name there are also cases of abortion, which is not yet legal in Argentina. That word is infamous in our prisons, derives from the word “infante”. From YoNoFui, we think it is very important to  talk about these issues in our workshops inside and outside the prison. 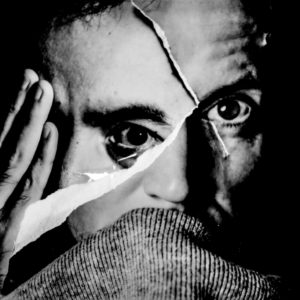